Security Issues, Risks and Vulnerabilities of a POS System

In 2013, the credit card information of about 41 million Target customers was compromised in one of the most significant data breaches in history. The next year, up to 56 million Home Depot customers were impacted by a similar breach. In both cases, the attackers gained access to the credit card data of these customers through their point-of-sale (POS) systems.

POS systems are an integral part of virtually every brick and mortar business involving the transfer of money for goods or services. Modern POS devices are capable of processing transactions, managing inventory, recording orders, and connecting to other point-of-sale systems. However, the many POS-related data breaches and security issues that have occurred in recent years show that POS systems are vulnerable and can be at risk to attacks.

What are the significant risks and vulnerabilities of a POS system? And how can you protect your business while reaping the benefits of utilizing POS systems?

Malicious software designed to damage computer systems – is one of the significant tools hackers use when attacking POS systems. For example, the Target POS breach involved malware that could have been detected and nullified if a high-quality anti-malware system had been implemented earlier.

How it works: Malware can get onto your computer system through a tactic known as phishing. Hackers usually embed malicious links in authentic-looking emails to get employees to click on them. Clicking on such links, however, often triggers the installation of malware on the employee’s computer, which then gives the hacker easy access to it.

Thus, your employees must be aware of the danger of clicking on suspicious links in suspicious emails. Vigilance, on their part can go a long way in preventing the installation of malware on your computer systems.

It’s also imperative that POS data be encrypted and decrypted when necessary. However, such encryption information should be stored in a location separate from where user data is stored. A hardware security module is a useful tool that allows you to store encryption data separately and attach it to your computers or servers when you need to access POS data.

VPN services offer secure encryption of all traffic that flows to and from the POS device. However, you must use a high-quality VPN service with unbreakable encryption and other useful security and privacy features. You can find a reliable VPN service that’ll serve your needs at vpnpro.com.

A potentially costly mistake some businesses make is sending security updates and system updates to POS devices over corporate networks.  The danger with this is that if hackers gain access to the corporate network, they can easily access your POS data.

Ram scraping is another technique used by hackers to steal credit card data from POS devices. Cybercriminals try to rip data from these devices before they can be encrypted on the company’s network. While it is quite old-fashioned at this point, it can be dangerous if proper security measures are not taken.

Ram scraping can be prevented by keeping your key POS system components isolated from the corporate network. You can also prevent these systems from communicating with unknown devices by tightening up your firewalls.

Other easy-to-implement steps can also be taken to boost security on POS systems. For example, many overlook the importance of changing the default manufacturer passwords on these devices. However, cybercriminals have been able to gain access to lists of default passwords from the networks of these manufacturers. Thus, it is wise to change the default passwords immediately you connect the device to your software.

Buying authentic POS devices from reputable firms is vital as fraudulent devices exist that can provide cybercriminals with easy access to all your customer data.

Keeping a POS system secure from cybercriminals can be challenging due to the wide variety of known and unknown vulnerabilities that can be exploited. What’s more, hackers continue to create new malware and strategies to steal valuable POS data.

Therefore, businesses that utilize point of sale systems should make POS security a priority. These systems handle sensitive data, and data breaches can be very costly. Implementing the measures outlined above can help reduce the risk of being affected by a data breach.

About the Author: Team POSUSA

This article was published by our business experts and POS specialists at https://www.posusa.com.  Point of Sale USA has been in business since 2011 and has helped thousands of customers find and compare POS solutions and merchant services to get the best prices. For more information about the POS industry, we invite you to Like POS USA on Facebook and to Follow Point of Sale USA on LinkedIn. 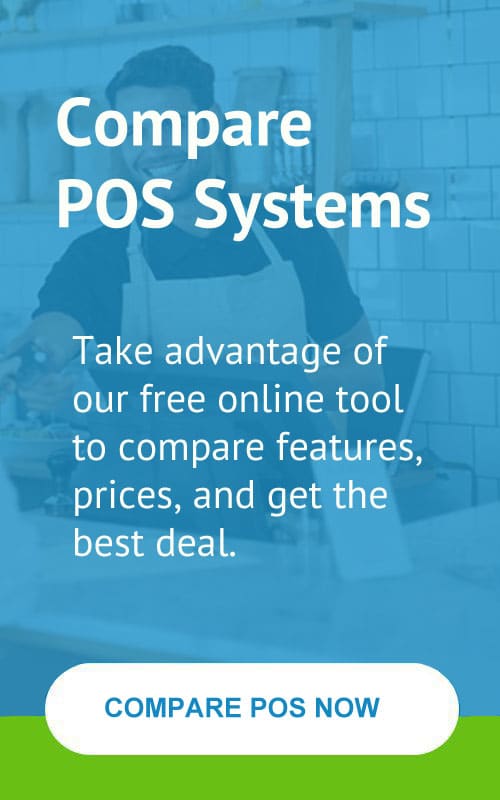